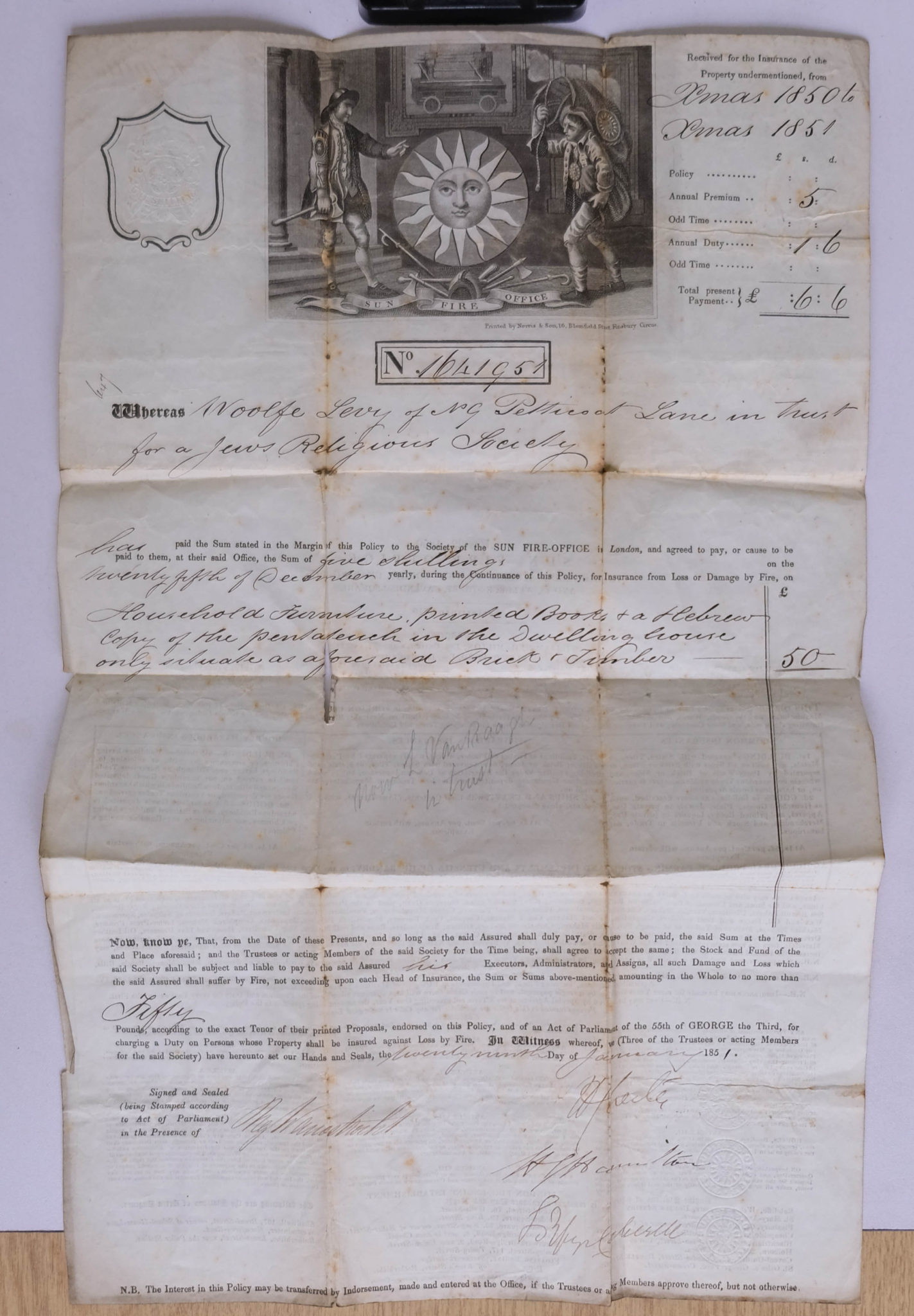 This recently discovered document is the oldest archival document in the Sandys Row collection and tells us a great deal about the founding of the community. This is a policy for insurance for a Jews Religious Society covering the period Christmas 1850 -Christmas 1851 was made out in the name of Woolfe Levy of No. 9 Petticoat Lane in trust to cover “household furniture, printed books and a Hebrew copy of the Pentateuch in the dwelling house only situate as foresaid Brick & Timber”.  The cover amounted to £50. This insurance document is the oldest piece of evidence we have for the founding of the Sandys Row community and dates back to 1850, earlier than the previous date of 1854 which marks the official founding of the Friendly Society of Loving Kindnesswhich later became the Sandys Row community. Further research has revealed that Woolf Levy was born in Holland around 1796, he was listed in the 1841 census as living in Petticoat Lane and working as a broker, in the 1851 census he was still living in Petticoat Lane and working as a furniture broker.  His wife Elizabeth and their two daughters were born locally.  From this document is appears that Woolfe Levy could have been the original founder of the Sandys Row community as he was the person entrusted to keep the founding artefacts of the community in his house. On the back of the document it states that on 20thFebruary 1852 Lewis Van Praagh in trust for a Jews Religious Society and on the 10thApril 1877 the insured items were removed to “Sandys Row Artillery Lane, Bishopsgate Street Brick & Private”.