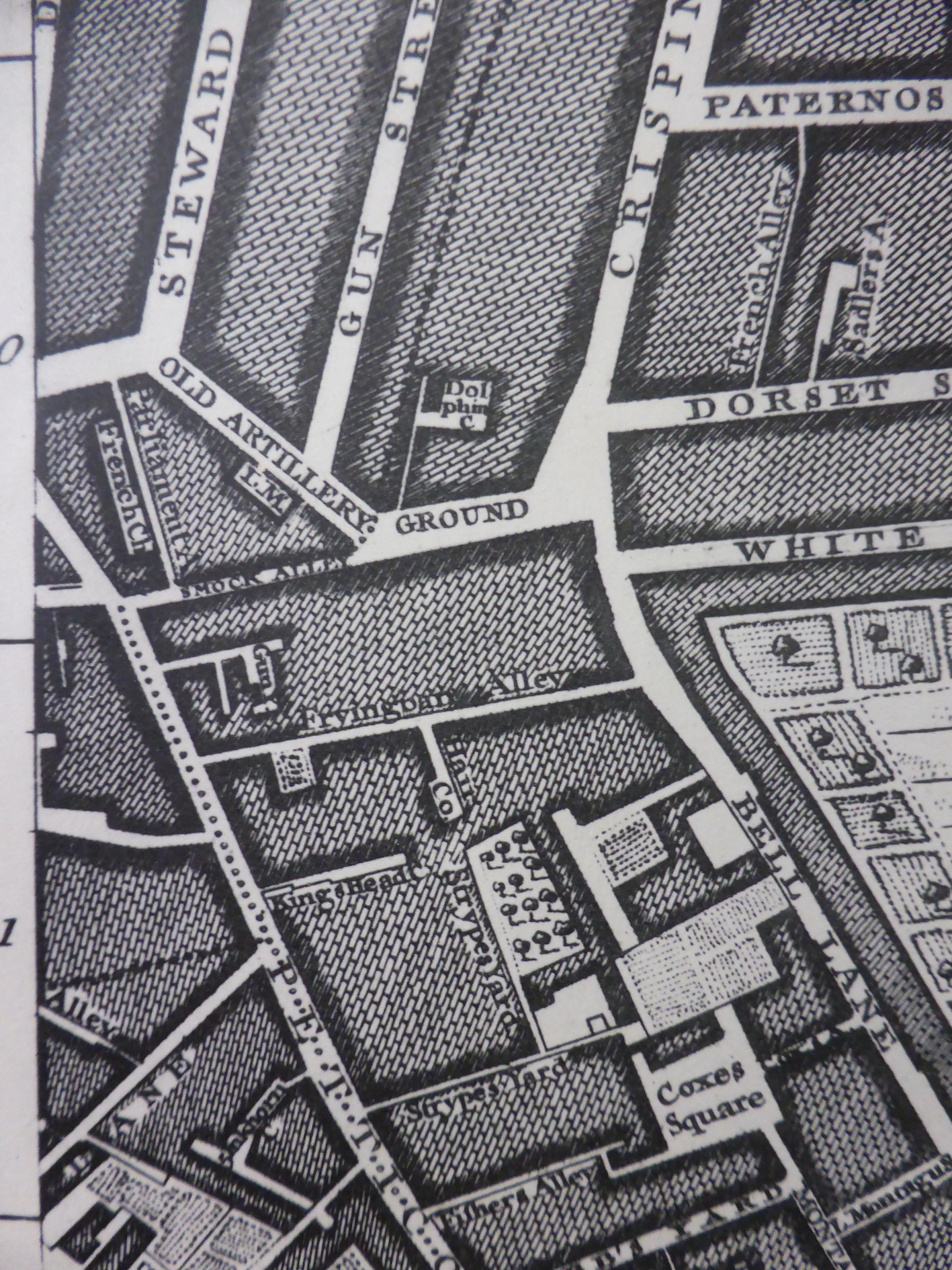 French Huguenot Protestants purchased the plot where Sandys Row Synagogue now stands and erected a chapel there in 1766 called L’Eglise de l’Artillerie (the Artillery Church), which replaced an earlier building known as the French Chapel, which can be seen in this map dated 1746. Artillery Church merged with the London Walloon Church in 1786, and then for the next fifty years the church was let to other protestant groups; the Unitarian and Scottish Baptists before becoming known as Salem Chapel and then Parliament Court Chapel. The Sandys Row community started renting the building in the 1860s, the building has been a continuous place of worship for a period of nearly 250 years.