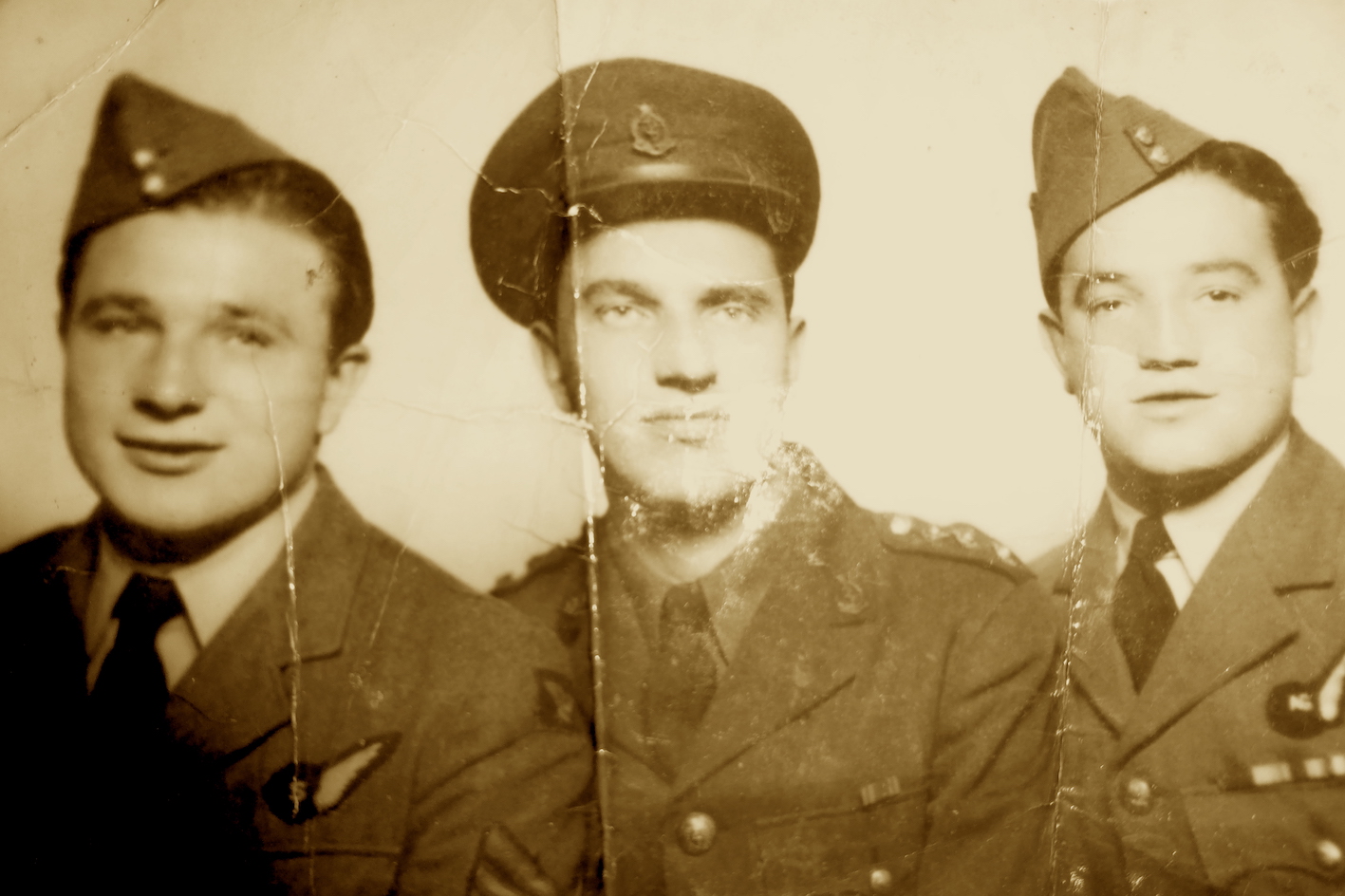 Approximately 1.5 million Jews fought in the regular Allied armies. In many cases the percentage of Jews fighting was greater than the percentage of Jews in the population. About 30,000 Jews served in the British army between 1939-1946, some in special units, such as the Jewish Brigade. In this photo are long-standing member of Sandys Row Synagogue, Cyril Temple nee Cohen, his brother Arnold and Dr Lionel.(You can listen to Cyril speaking in our audio archive)